After 25 years at the Rudi-Dutschke-Strasse across from Checkpoint Charlie, the Berlin daily newspaper moves a block further south. The purchase of the plot Friedrichstrasse 20-22 allows the taz to unite its roughly 250 employees in the future media quarters to the Bessel Park under one roof again.

Urban Development
In its special corner location, the new building of the taz has to mediate between the traditional Berlin block and the solitary buildings from the period of the IBA. Our design combines the themes urban block and corner: Along the Friedrichstrasse we adopt the Berlin eave height and continue the block; a gentle return of the facade at the Friedrichstrasse creates a clearly accentuated entrance which is set back from the street. Street, corner and courtyard become thus the urban leitmotiv and convert the potential building envelope of the existing development plan in a simple and concise volumetry.

Architecture
The architectural design of the new house for the taz recalls the Moscow «Shabolovka» radio tower by Vladimir G. Shukhov from the early 1920s. Its structure, designed as a network with a minimum of material reached maximal load capacity, becomes the symbol of a support system in which each element having the same importance. The net is a structure in which all the parts have to perform equally and only together achieve stability. It is a system with no hierarchy. The architectural appearance of the new house for the taz becomes structure and symbol of the organization at the same time.

The support structure represents itself merely as a thin network at the exterior façade of the house, and thereby does not need any additional bracing structures inside. The 13-meter free-spanning office floors planned as a precious shell create a workshop/atelier atmosphere and are able to respond flexibly to a variety of different forms of work. The glass housed staircase sculpture in the center of the new house is by its dimension and plasticity more than just floor connection: the generous flight of stairs becomes the vertical pedestrian area of the new house. The intermediate stages are places of encounter and informal exchanges. Here the house “breathes” and promotes spontaneous communication.

For the restricted competition announced in April 2014, 25 offices from Germany, Denmark, Ireland, Austria, Spain and Switzerland had qualified out of 310 applicants. From 05 to 17 September, the competition works will be shown in the forum Factory – moving into the new building is planned for 2017. 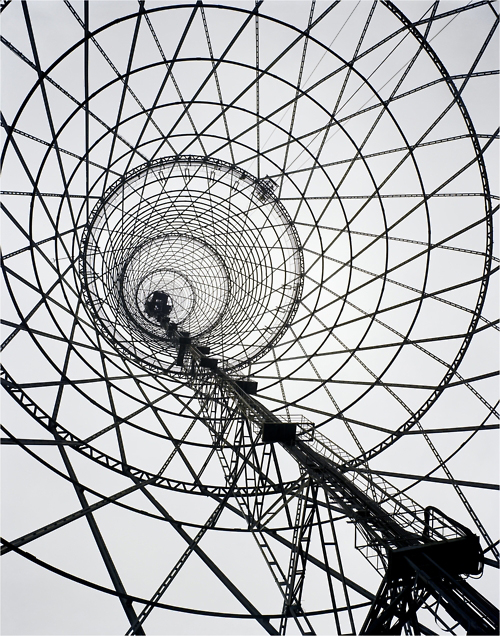 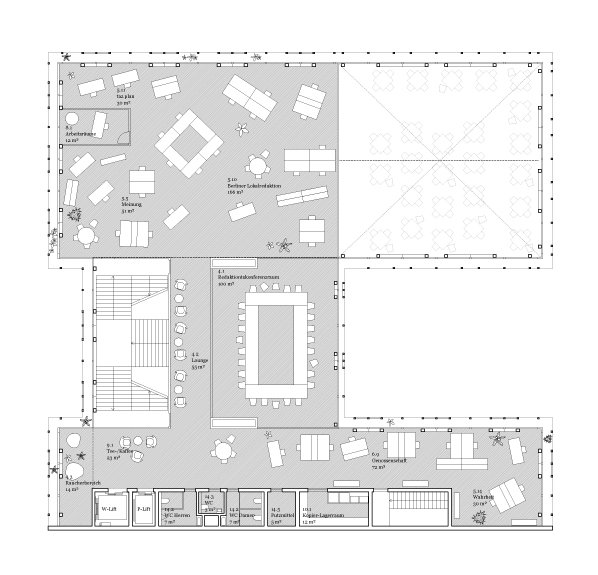 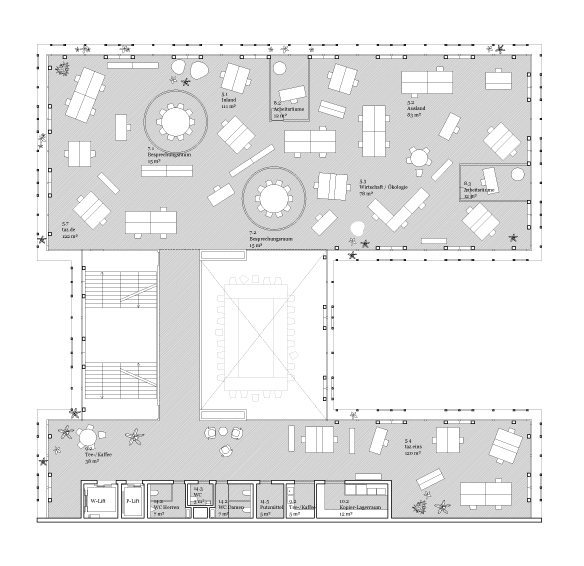 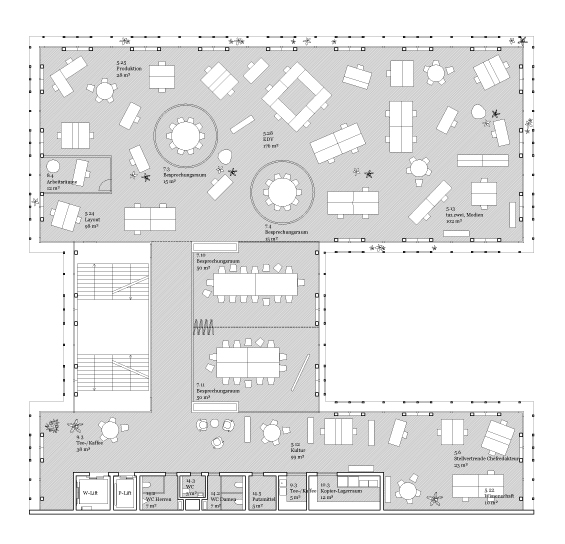 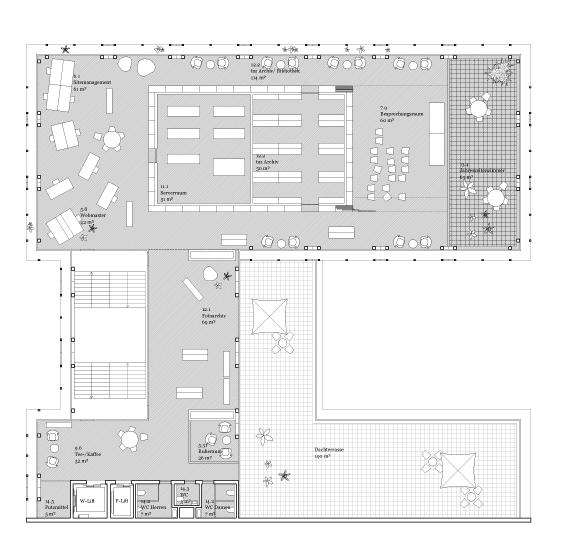 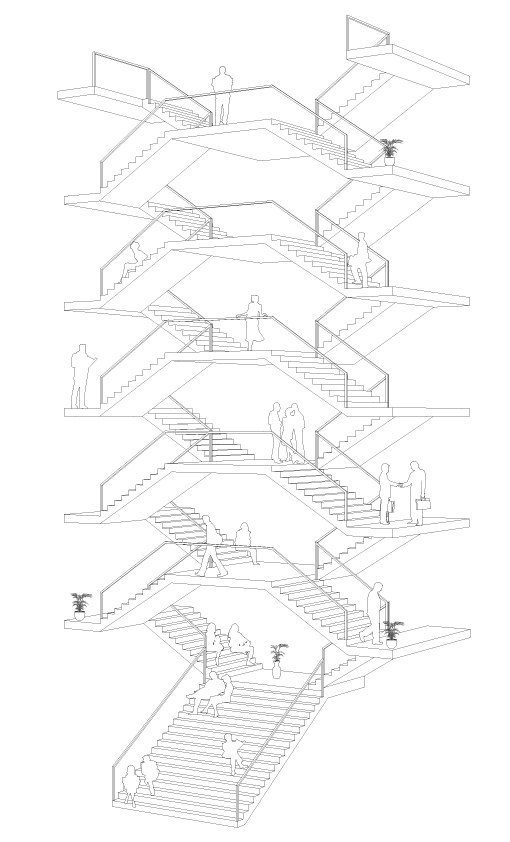