The Woven Bridge is a modern interpretation of a classical steel park pedestrian bridge.

With the new Woven Bridge, crossing the lake in Copenhagen Central Park, the possibility of getting close to the water and viewing the park and lake from new perspectives. The bridge is placed at the southern end of the lake and makes for a new shortcut, when crossing through the park. Designing the bridge, it was key to create a bridge that would blend into the landscape of the park but at the same time create a structure that has its own identity and personality. The bridge join the two banks of the lake, which are at different heights, with a slender arched structure. The foundations are concealed under the steel structure making the transition between bridge and nature more refined.

The overlapping, standard round steel bars creates a double mesh, which varies in openness and pattern dependent on ones perspective. The round steel railing wraps over the continuous wood handrail which was chosen as a contrasting material to the otherwise steel structure.

The materials are all recycleable and the wood used on the deck and handrails is sustainable wood from Accoya in Norway. 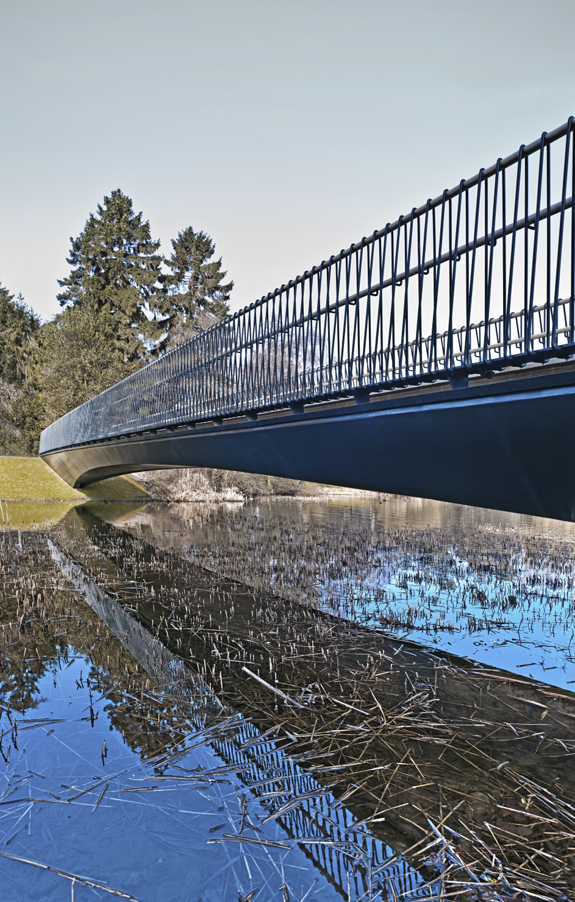 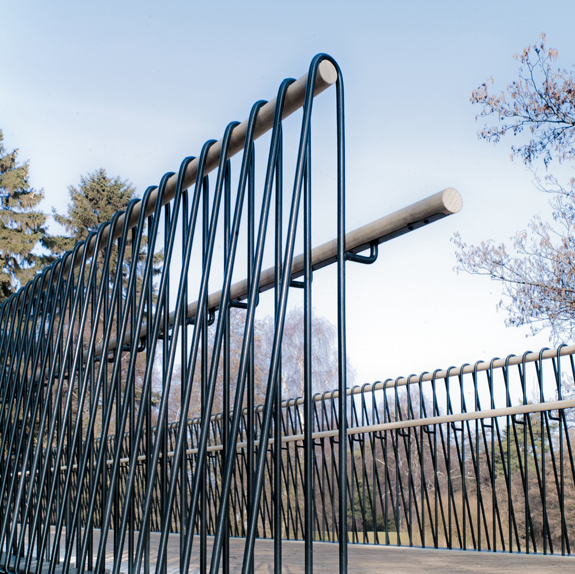 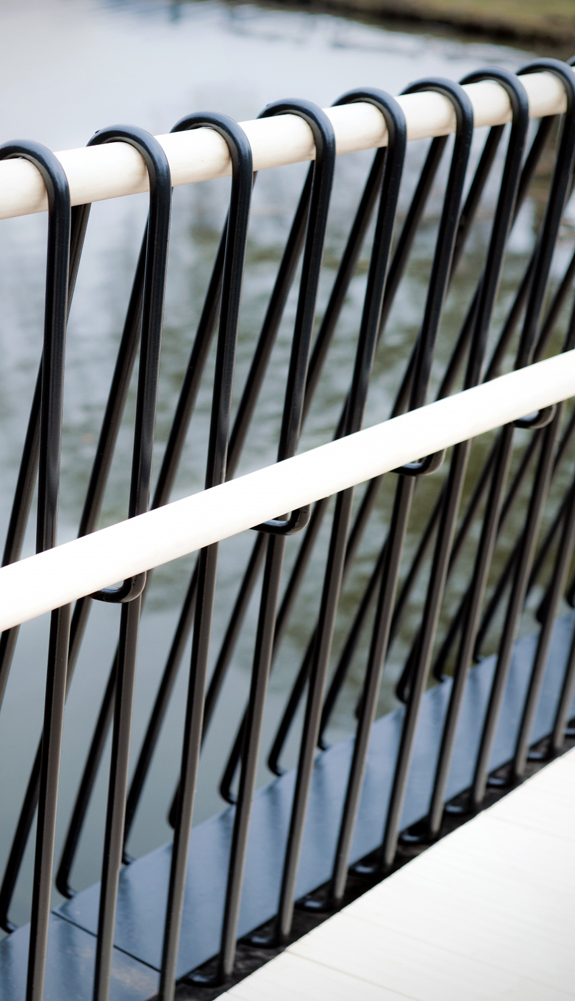 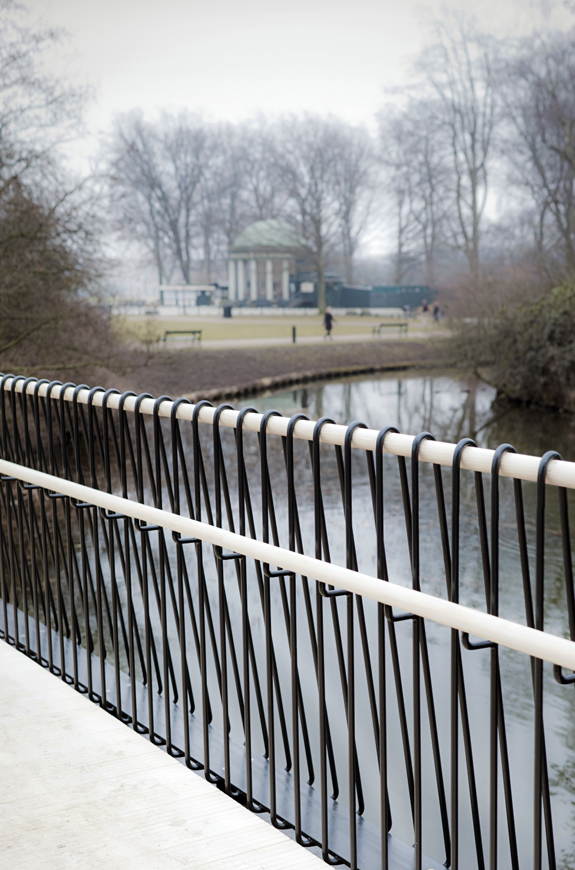 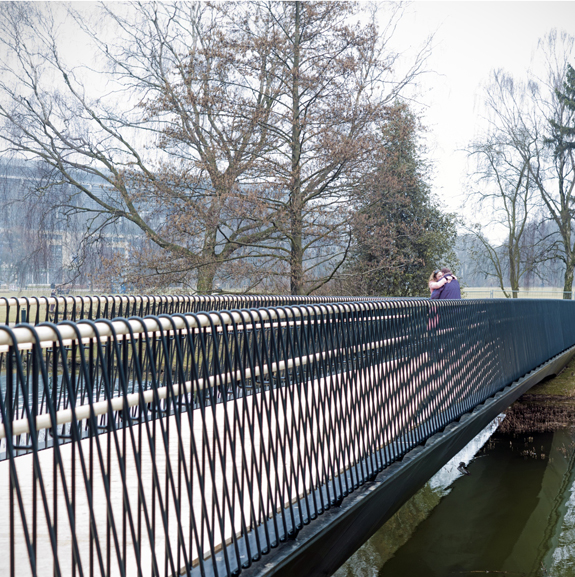 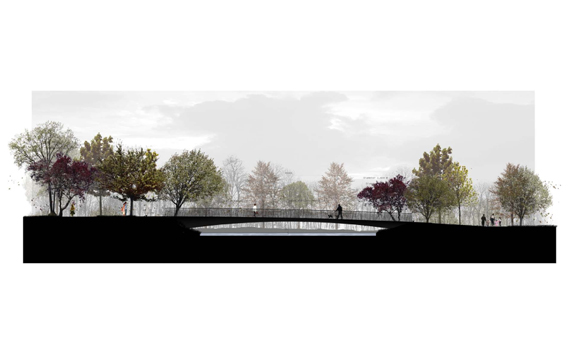 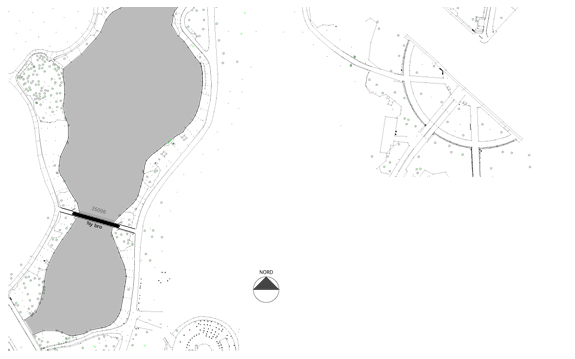 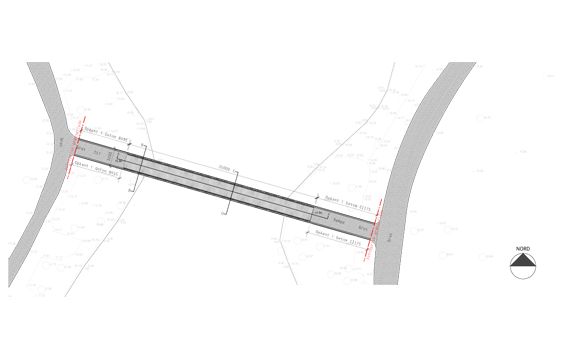 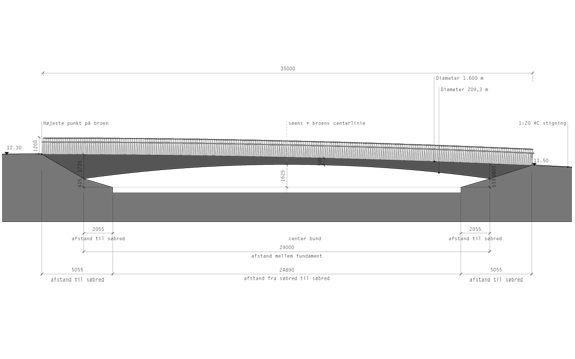 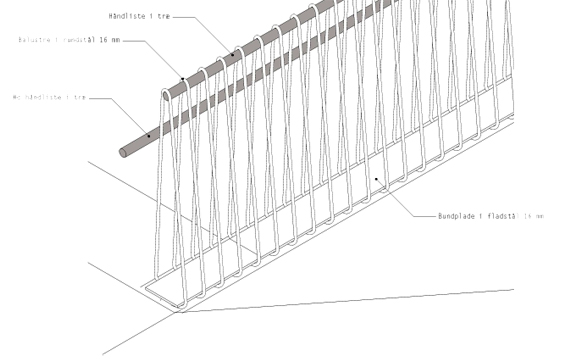