The project is approached taking into account the basic relations among preexistences, program and topography. Bearing in mind these factors we will come to a complex response, a process of evolution in which we can explain the project in various stages. First the analysis, second the identity (materials), proposal, construction phases.

Firstly, The analysis of topography, morphology and hydrography indicate to us the changes in elevation in our solar and territory levels.

Secondly, the influence of the population areas and their infrastructures can be seen. There is also a massive road, which the campus is protected from by the trees edging the road. On the northern side of the campus, the dormitories will have to be placed facing the south because of the residential area.

In turn, the vegetation of the region emerges in wild spread zones and interspersed with green pastures, giving us an idea of the kind of space that we could generate. Acting as an ally is the large number of trees that stand as a boundary between the road and the campus. 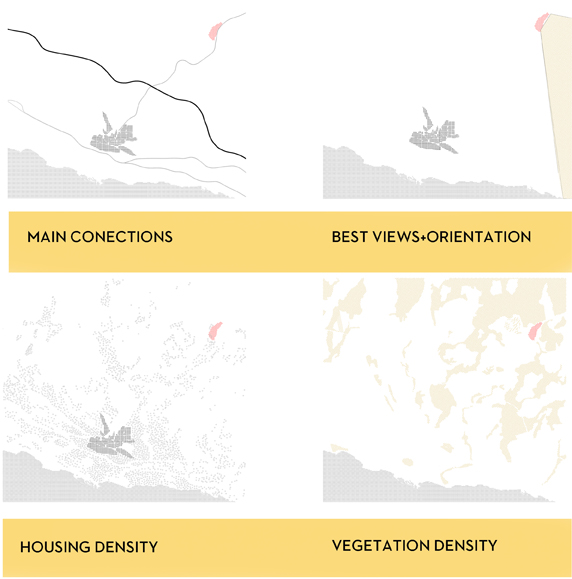 Finally, geological analysis shows that the ground is basically made up of stony elements that could assist in the construction of the campus.

As previously mentioned the identity of the campus in our opinion is given by the vegetation and geological condition, which indicate that the most common materials of the region are wood and stone.

On the other hand, referring to the campus as a whole, you can see how it can be understood in layers giving the final image.

The main road, topography-mapping, vegetation, pre-existing urban morphology, new urban morphology and green areas are in agreement to which complete the campus as a whole.

If sectioned the plan we could perfectly see how a gallery of public uses allow the students around the campus linking the proposal and permitting that everything remains in use and well connected even in wintertime. 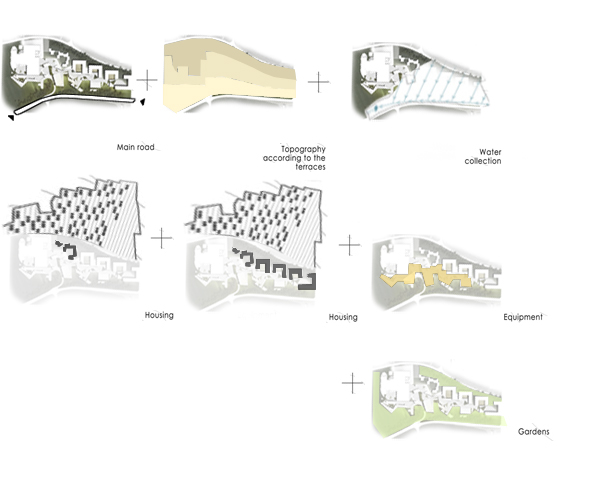 The evolution of the proposal is mainly conditioned by the construction phases, as the project is not fully developed at the same time. The stages would be differentiated and organized as it follows: First build two residential blocks to the east of the plot, followed by the central housing which connects with the preexistences, sports facilities developable in two phases, hotel and finally give unity to the proposal by lining the pre-existing facades.

The housing unit will be a place for spreading the ideas of hospitality, independence and solidarity. The concept of the building is striking in its simplicity. the use of patios increases surface for the entrance of natural light, and provide lower energy losses than exposed facade openings. Recent studies show that the patio is a natural regulator of envioromental conditions.

So the different functions surround a central open space containing the entrance and garden. The entrance and garden, as a big open space, is the focus point of the building. It is a place for social interaction, to meet and to reflect. The houses will be a new iconic element for the campus while at the same time integrating itself into the new masterplan of the growing campus. 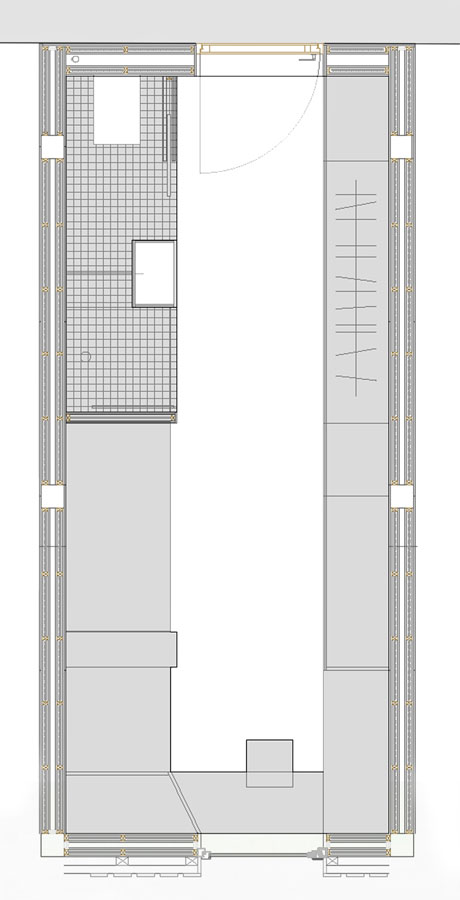