The west unit by Ryue Nishizawa is a stark exposed concrete building. Its chaotic forms bulge in and out, creating jagged gaps where the blocks forming the building appear to collide. The irregularly-shaped rooms look into these sharp interstices, creating unexpected views and adjacencies. 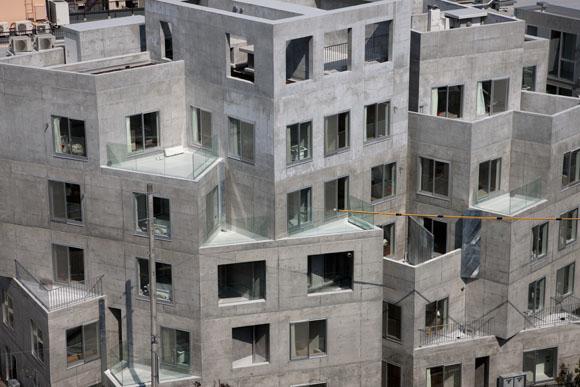 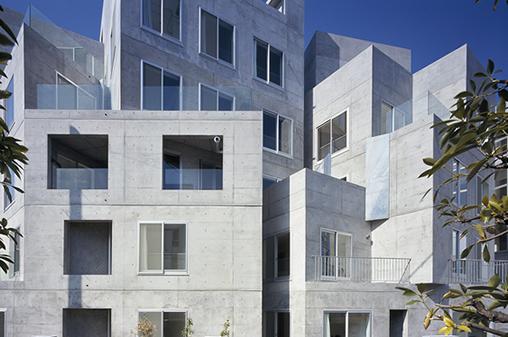 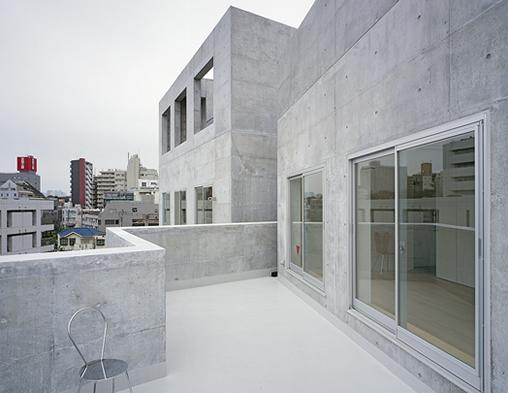 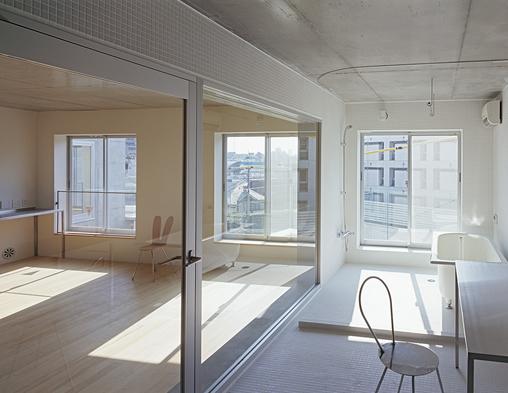 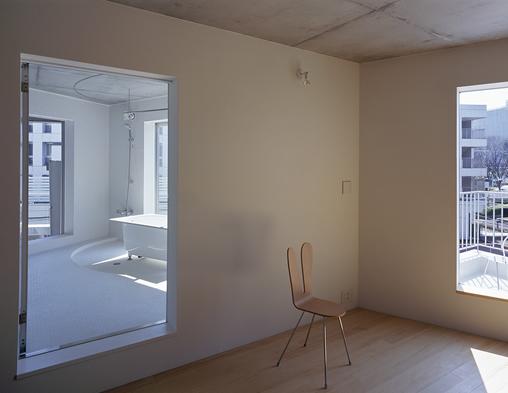 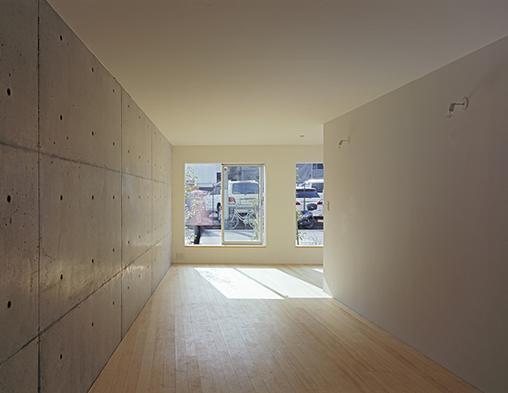 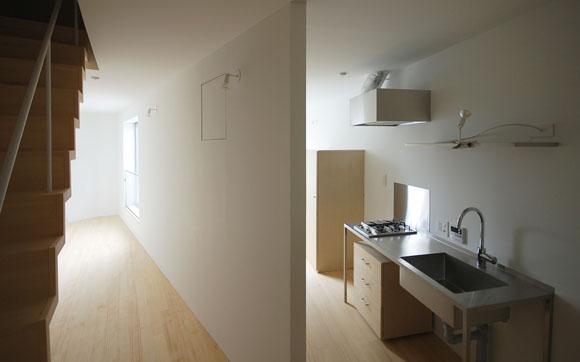 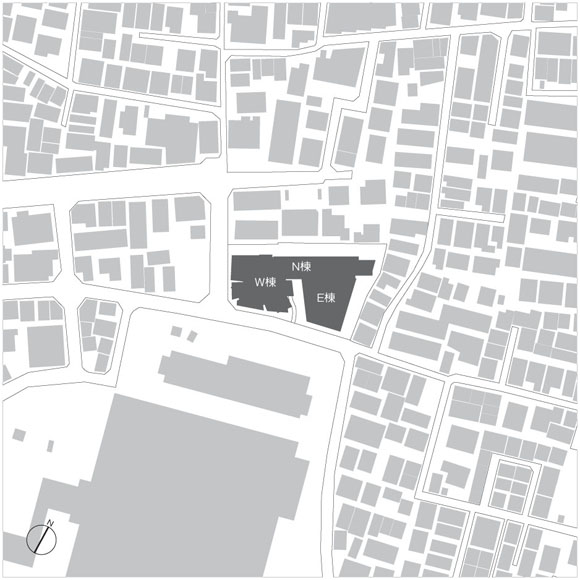 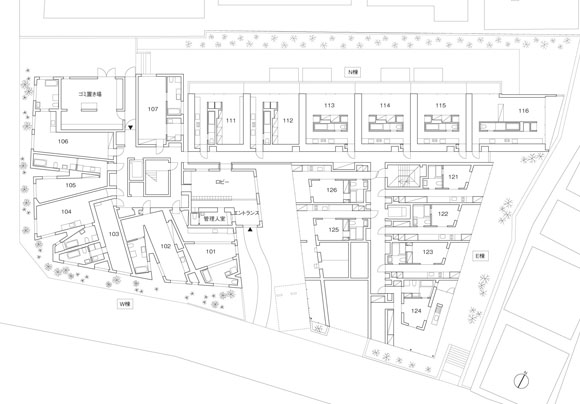