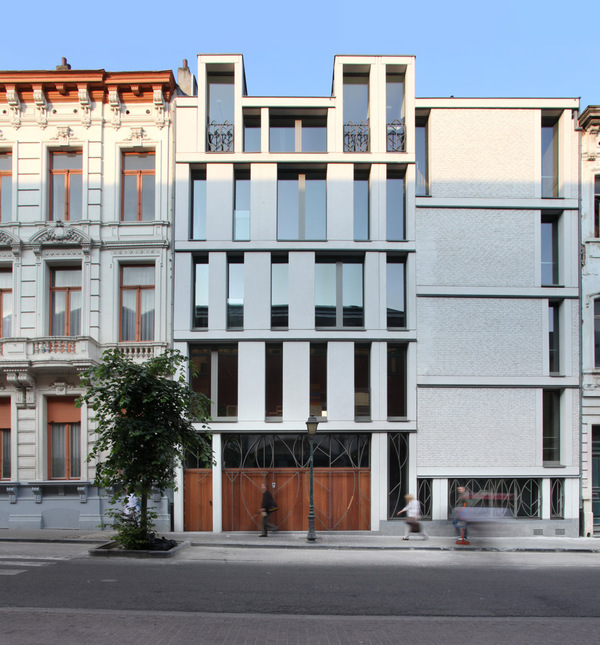 The streetscape shows a school building that takes up two building lots. This is reflected in the dual building design of the facade. The elongated windows accentuate the vertical rhythm of the street. The building integrates easily into the formal vocabulary of its surroundings.

The building is not devoid of symbolism. Leaf motifs on its front side and green fixture coverings allude to growth and development. The classrooms are organised according to age: three per floor. The administration and director’s office are situated on the top floor. The architecture is meant to be compact and space-saving in order to create as much open space as possible. The playground invites active playing. A dilapidated building situated in the back functions as a covered outside space. The outhouse in this building volume reflects the profile of its covering on a smaller scale. The ‘open air theatre’ is used for a variety of school activities.

Despite the presence of unmovable and durable materials such as concrete, concrete blocks, steel and glass, the school presents itself as a particularly familiar and child-friendly learning environment. 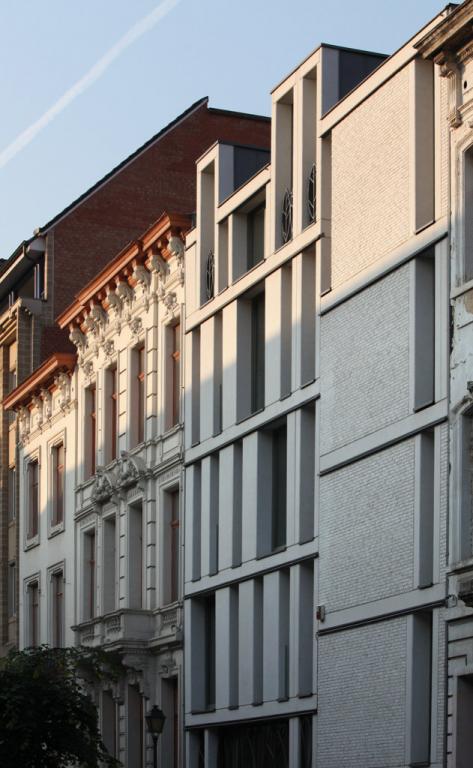 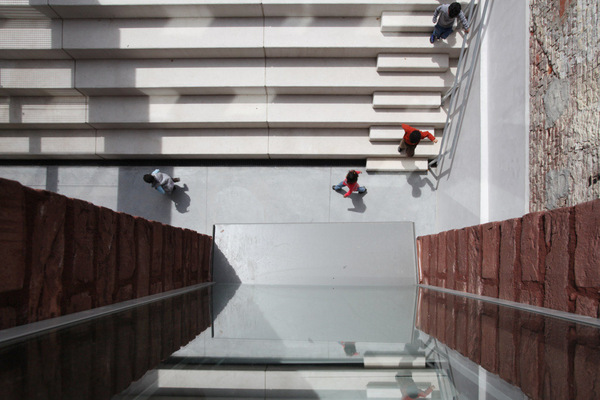 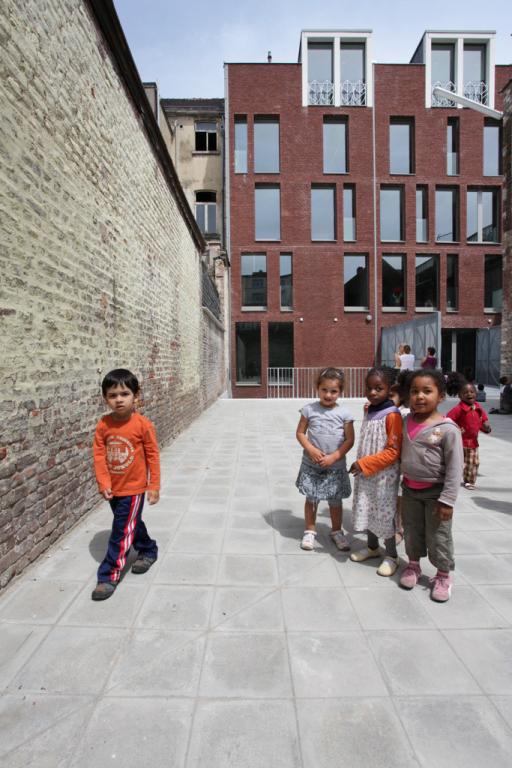