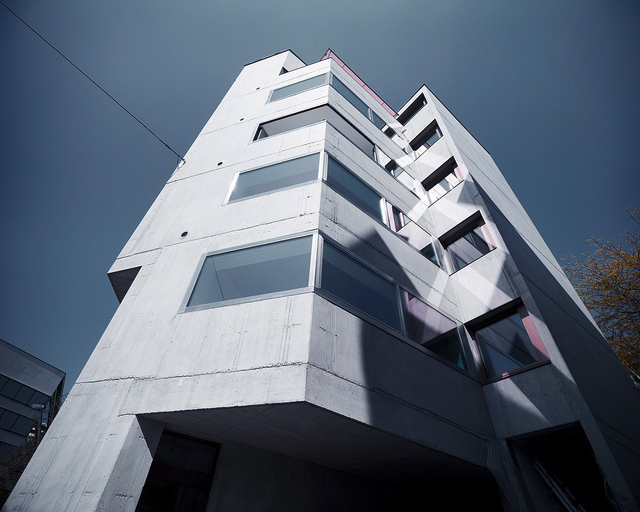 The area is not necessarily amongst the most popular for owner-occupied apartments. Immediately next to the railway lines and not far from the Langstrasse, the new family apartment block has seven different apartments tailored to their respective occupants. The five-storey building is partly built as a perimeter block development typical for the area, and also partly acts as an imposing corner-frontage. The primary aim – despite complicated building restrictions – was to naturally dovetail the building into its surroundings. Essentially the building consists of a grid-pattern façade that reflects its urban context. Nevertheless, bow windows of varying heights and an external chimney flue flush with the façade optically heighten the building, giving it a certain dynamic and an urban presence.

The floor areas of the first two storeys are each shared by two occupants. From the third storey onwards the floor area is taken up by single apartments with open-plan living-room and dining-room areas facing onto the Röntgenstrasse, and with spectacular views out over the railway lines. In addition, each storey has a “balcony room” facing the courtyard, fitted differently according to the preferences of the owners. In one apartment the oak-strip flooring gives it the character of a summer room, whilst further up it acts primarily as a balcony, underscored by stone slabs and sliding glass doors. The crowning conclusion is an attic storey with a loft-like apartment, possessing an additional balcony overlooking the Luisenstrasse and its own access to a private roof terrace. 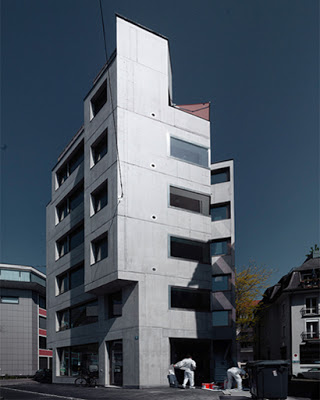 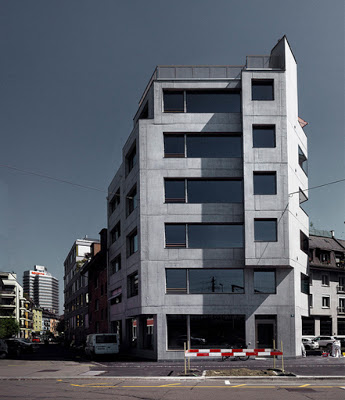 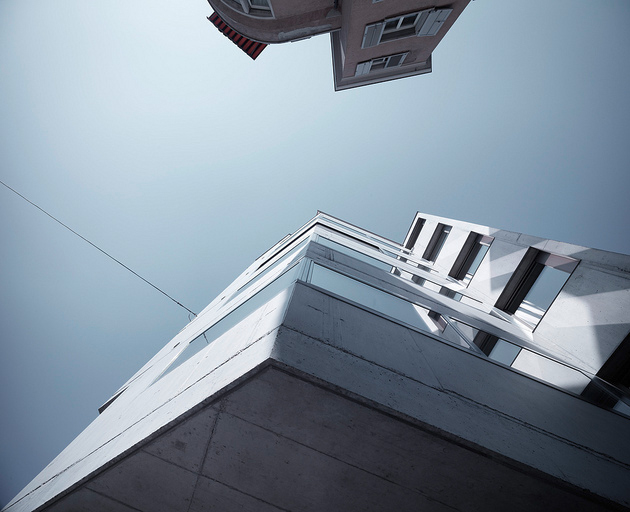 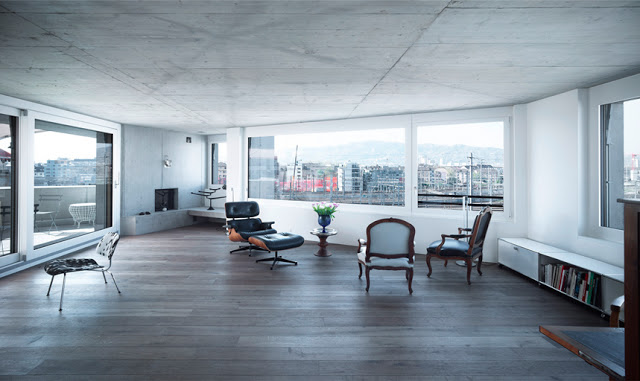 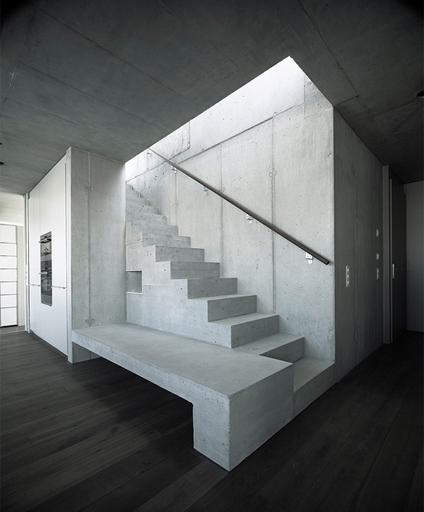 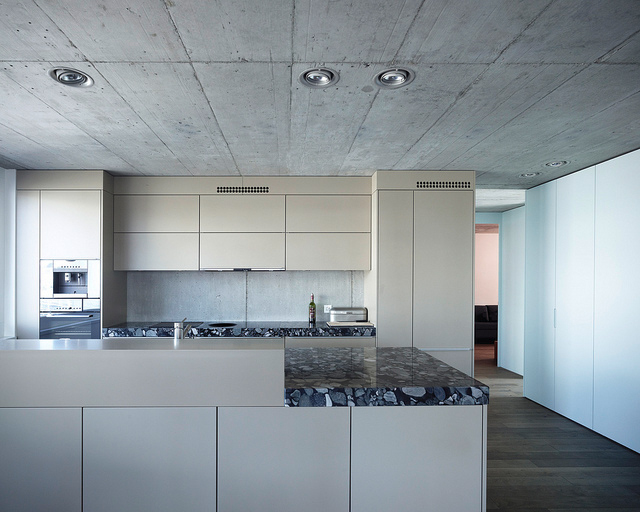 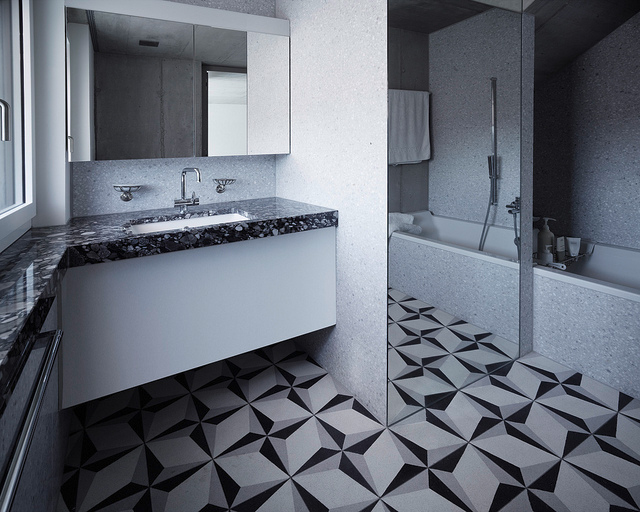