In the rural depths of Nakorn Prathom province in Thailand, Boonserm Premthada and his design team, Bangkok Project Studio, worked with over half a million handmade bricks to create a remarkable labyrinth. Seen from a distance, the building is reminiscent of an ancient Thai stupa with its recessed walls forming 12 corners around the lower base. But it is in fact a new building for the Kantana Film and Animation Institute, an undergraduate school, where students arrive after achieving some success with their plays, films and TV programmes. Kantana expands and develops their skills through learning from experience. At the same time, the school recounts a narrative about architectural creation, derived in different, almost cinematic ways.

Project architect Premthada explains his ideas. ‘The difference between films and architecture is imagination and reality. Films can be created by special computerised effects, whereas architecture is made and set on land. Films can only be viewed, but architecture can be experienced. The purpose of films is to entertain and educate, while architecture is intended to serve humankind. At Kantana, everywhere can be a studio;there is no proscribed means of using space.’

Walking around the labyrinth, the experiential impact of the massive brick walls, with their repetitions of surface, size and composition, is immediately apparent. The windows and the carved-out spaces are all fairly similar, so it is sometimes difficult to locate yourself within the brick maze. Premthada observes the ‘three-dimensional mirror reflections’ that result from disrupting memory with this repetition of images, and is convinced this disorientation will activate a sense of curiosity and discovery among users.

Light and shadow naturally penetrate and animate the building. In temperate western cultures and climates, light is usually welcomed through windows or roofs, but in the tropical East, shading is a priority to temper the sun’s excess. The building is designed to block sunlight, create shadows and show how architecture mediates between humans and the natural environment. Shade also conjures an intimate atmosphere of focus and quietude in the working and learning spaces, cultivating a sense of otherworldliness and mystery, like a painting seen under moonlight. 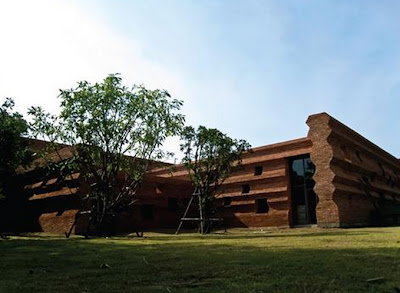 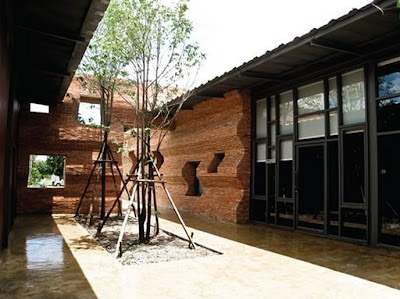 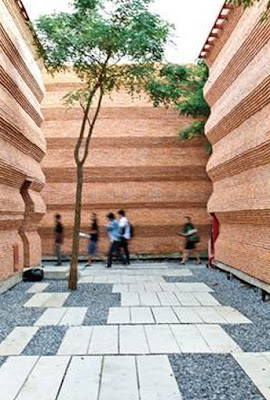 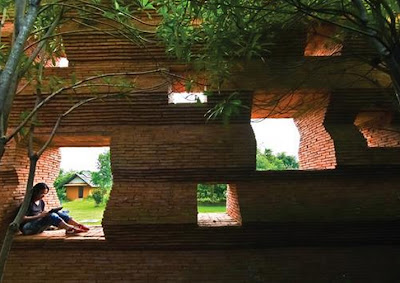 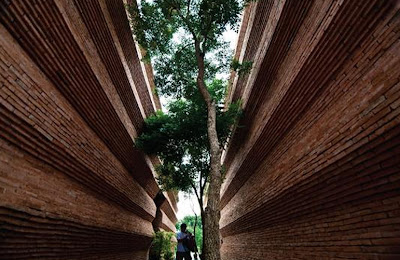 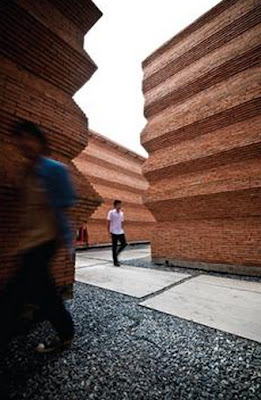 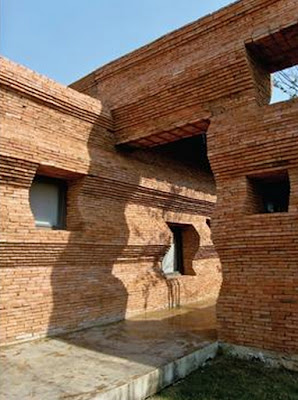 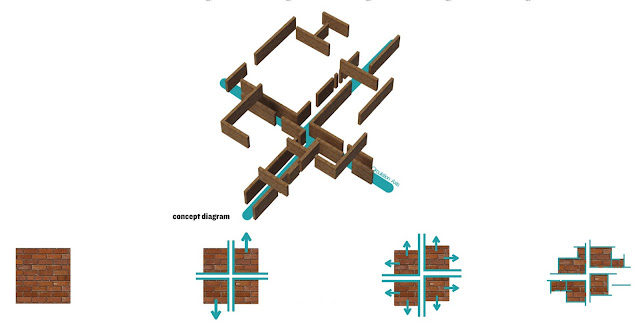 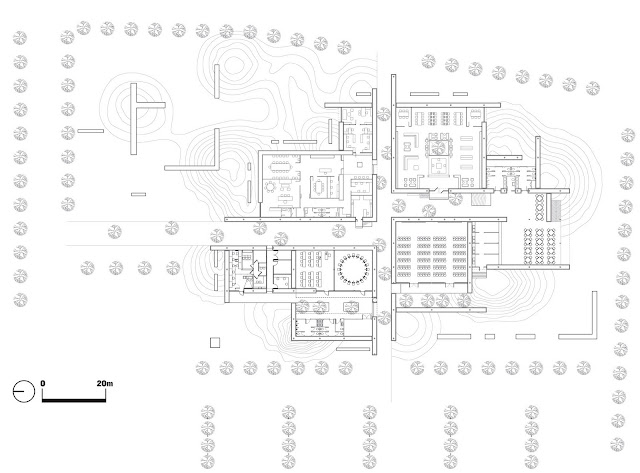