The lot is strategically located at the entrance of the city, occupying a generous portion of green that connects the residential area, the river and the city of punta umbrìa. this disposition offers the possibility of interpreting the proposal as a unique opportunity to build the new public east-west axis running through the lot, connecting the two areas. this creates a clear path of the two entries and of the proposed structure of the two buildings clearly independent,but able to make (build) a single architecture system.on the west side of the lot, with access from avenida de la marina, remains the oldest existing building, the gaviota school; this meaning a minimum project needed for the internal space and the introduction of technical services and basic communication will form the new municipal youth home. on the east side, through the new access to the lot from seneca street, is part of the new building for the new school of music, and between each other, meeting the needs of both buildings, the square,a generous public space among buildings and the landscape. the new interior is the heart of the new system. its boundaries are formed between the floors of the constructed buildings and facades, diluted a dense growth of young pine trees in a strategic position in the city, aiming to become a source of incentive and catalyst for social different groups of punta umbrìa. 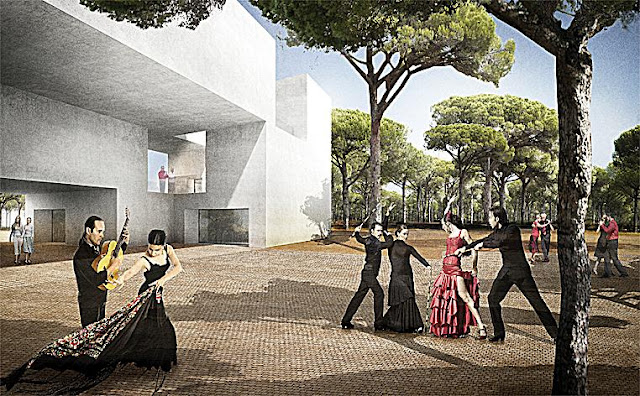 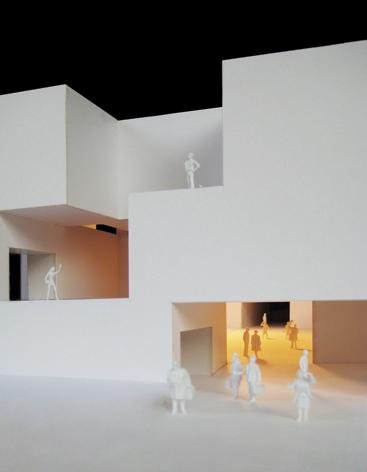 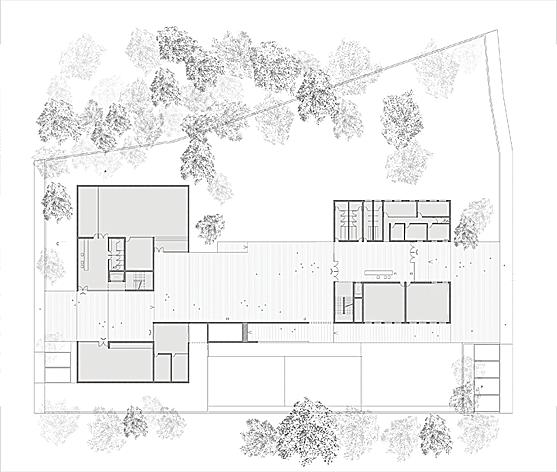 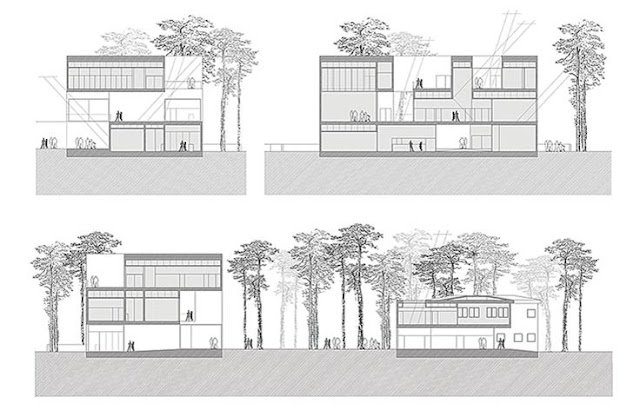 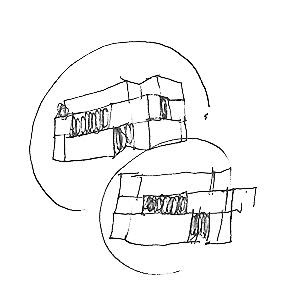