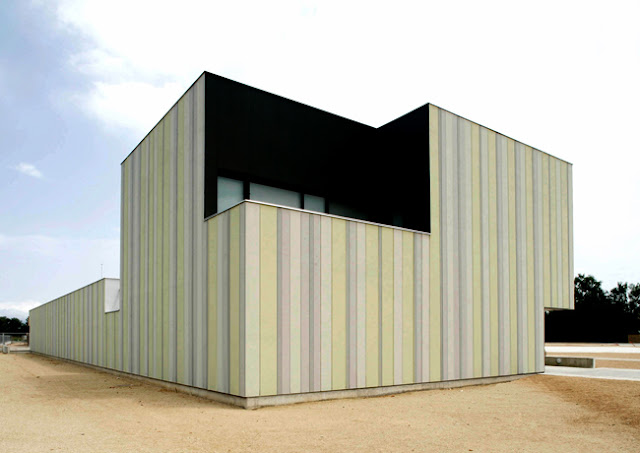 The Project for a health care centre in Castelló d’Empúries allows us to use the landscape as an element that organises the brief.

Link al proyecto con las fotografías de Adrià Goula en Europaconcorsi
Link al proyecto en la web de Josep Ferrando
The organization of the plan brings pieces of the nearby landscape into the building. These patios organize the relationship between the waiting room, the doctor’s surgery and nurse’s surgery. The floodable terrain which is often dry until the rains falls presents us with a horizontal landscape which contrasts with the vertical reeds that grow along the creeks. The reeds are thin and fragile elements that build compact masses with a green-yellow-grey palette that describes the changing of the seasons.

This texture is engraved onto the façade as though time had stood still. As we enter the seasons seem to appear again –as the wind rustles the reeds in the patios you are in the waiting area, connected once again to the landscape. There is also a nearby historical landscape, defined by the cathedral, which is strategically located at the highest point of the terrain to avoid the floods. The health centre is raised at the entry point offering the user a sensation of shelter and entering into a dialogue with the cathedral. The entrance is a void almost like a great eye.

According to Alison Smithson, the idea of a “map building” is a growth model similar to nature. 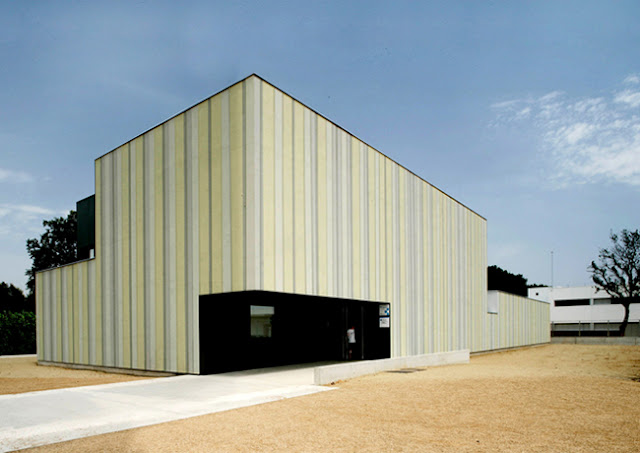 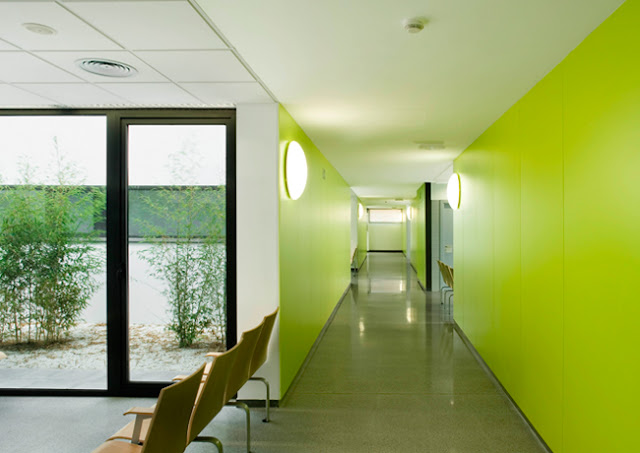 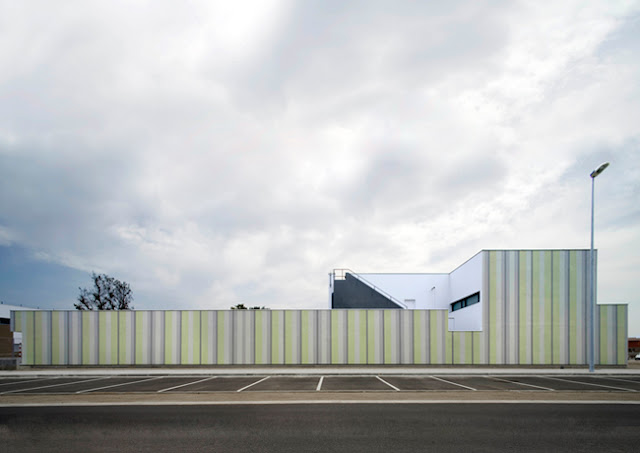 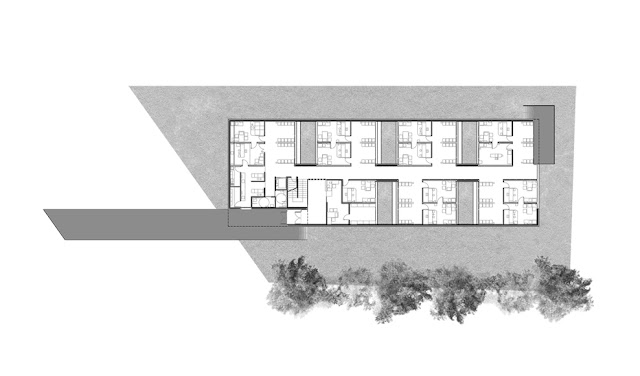 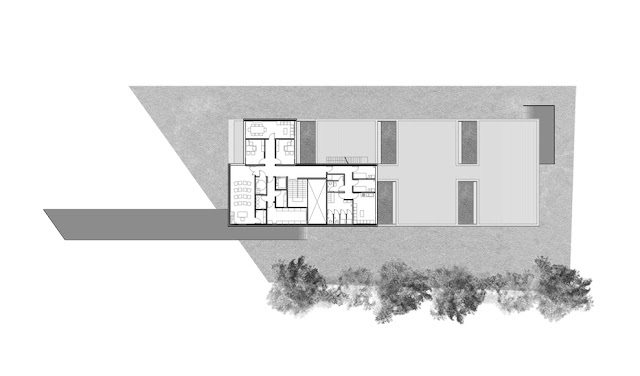 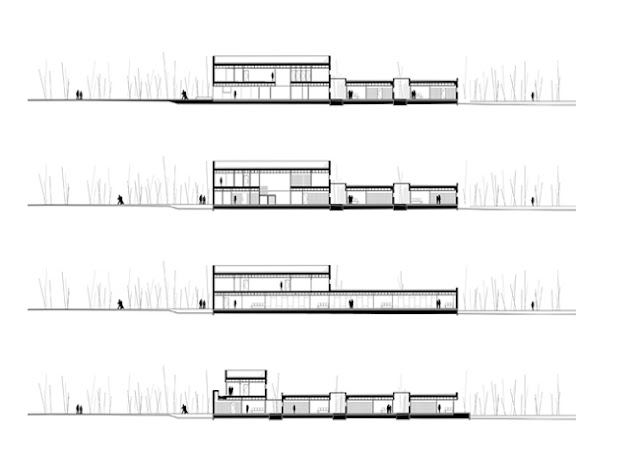 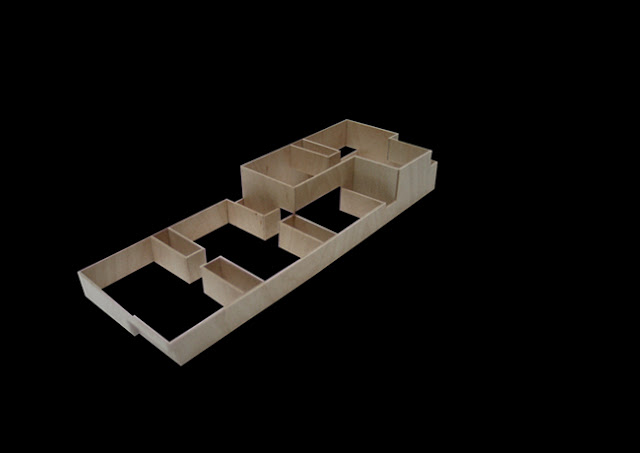 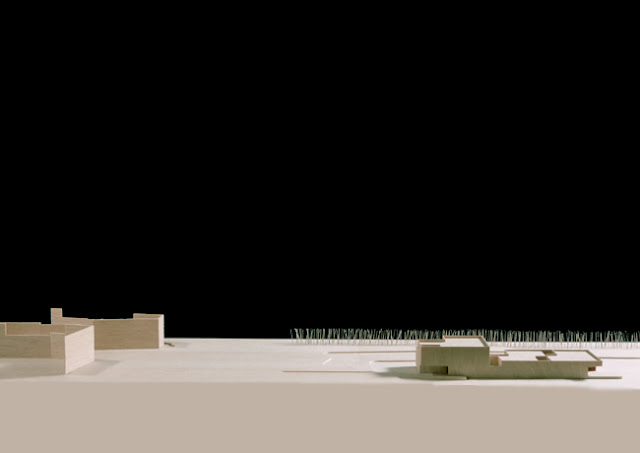