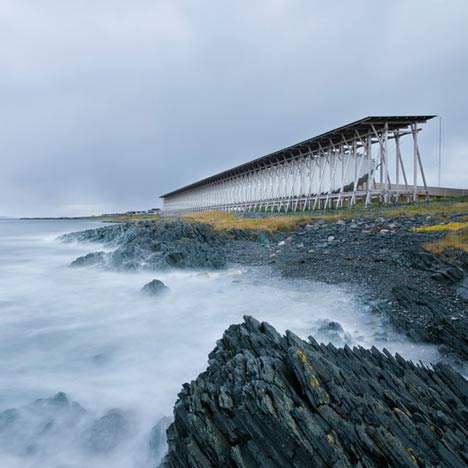 Architect Peter Zumthor designed this memorial on an island in Norway to commemorate suspected witches who were burned at the stake there in the seventeenth century.

The Steilneset Memorial in Vardø comprises two structures, one conceived entirely by Zumthor and a second housing an installation by the late Louise Bourgeois (1911-2010).

The first structure comprises a pine scaffolding framework, inside which is a suspended fabric cocoon containing a long oak-floored corridor.

Inside this corridor, light bulbs hang behind 91 windows to represent each of the men and women that were put to death during the witch trials.

A plaque accompanies each lamp to record the individual stories of every victim.

The installation by Bourgeois, entitled The Damned, The Possessed and The Beloved, occupies the smoked-glass-clad second structure.

A circle of mirrors within surround and reflect a flaming steel chair inside a hollow concrete cone. 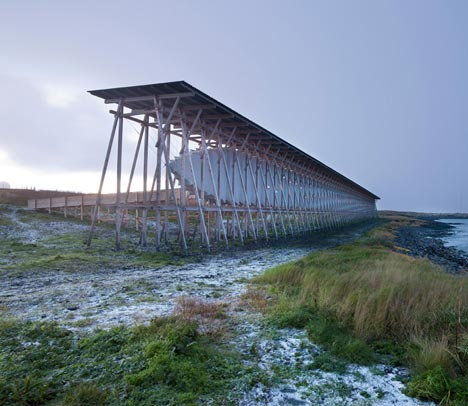 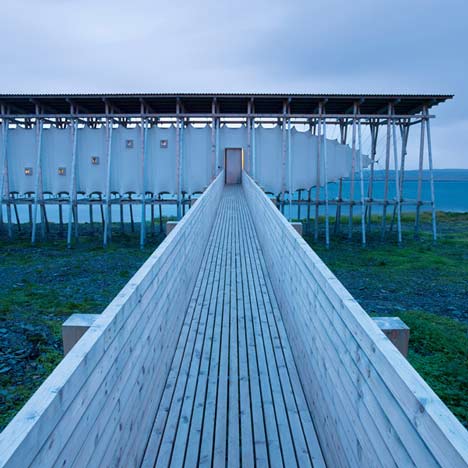 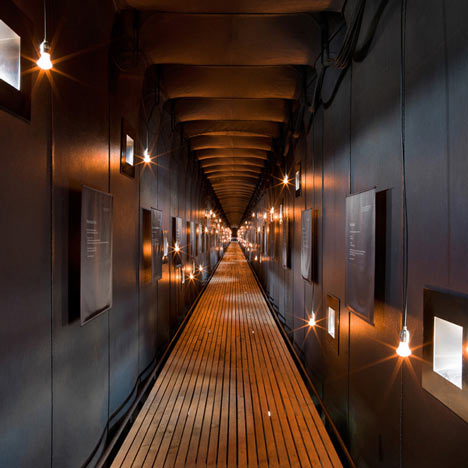 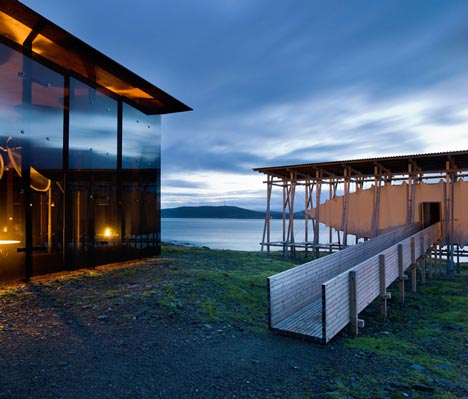 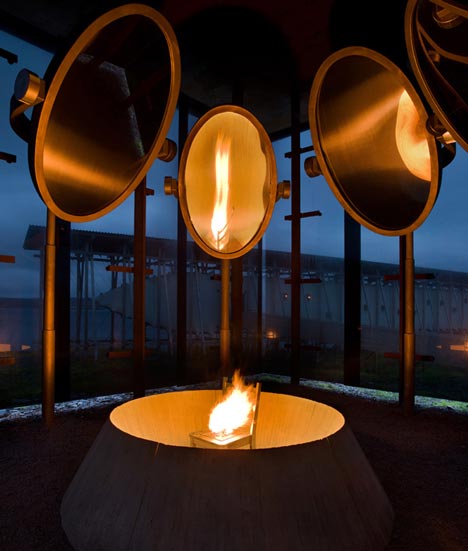 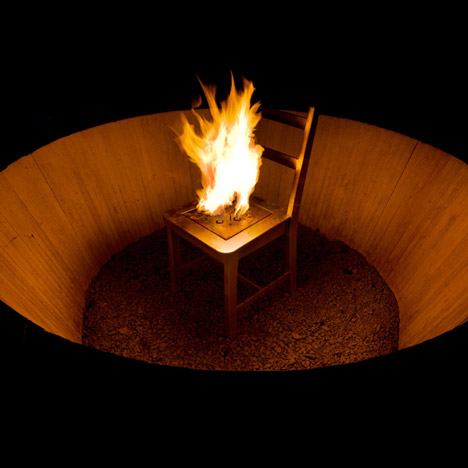 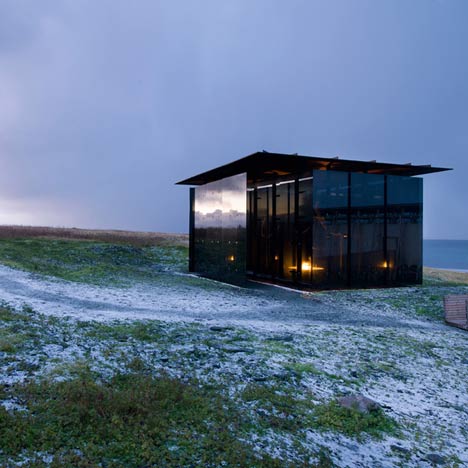 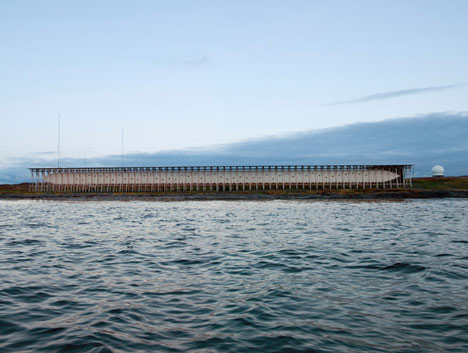 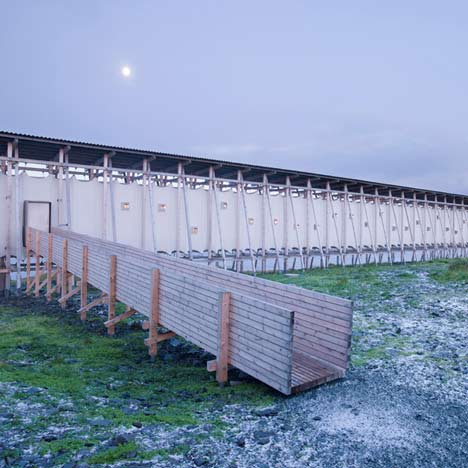 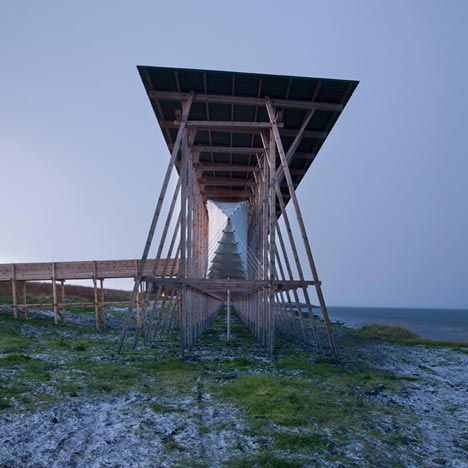 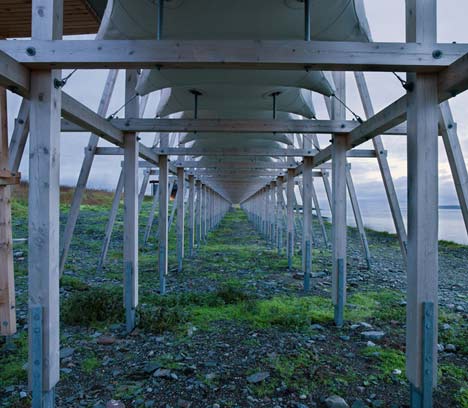 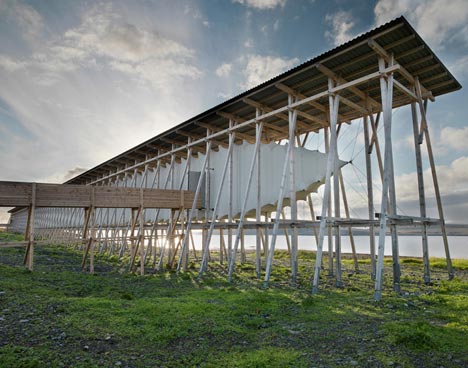 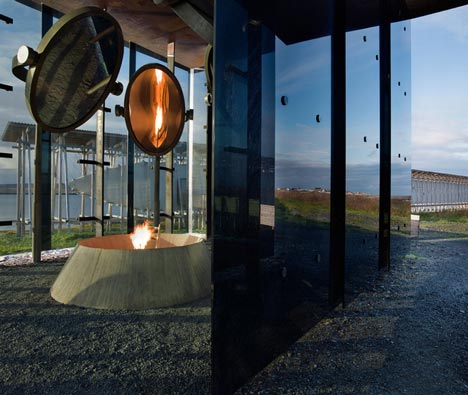 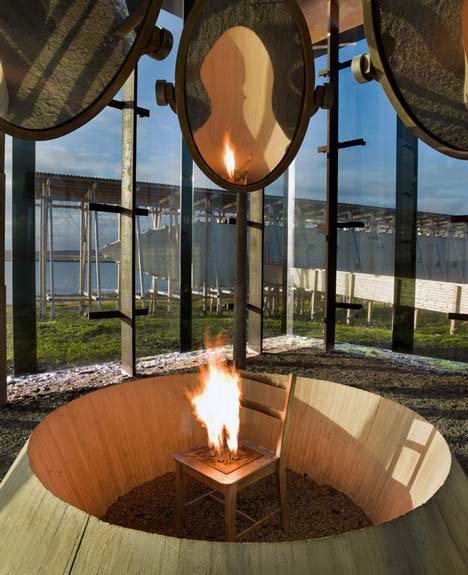 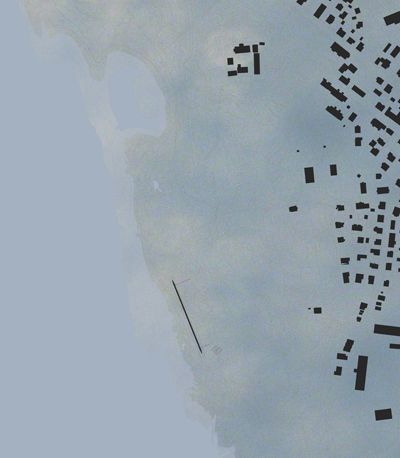