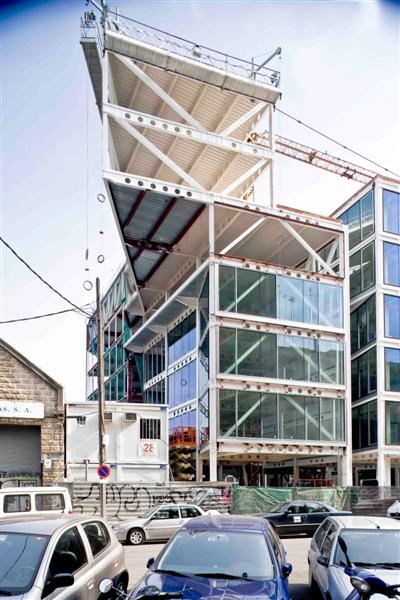 The 22@ district in Poble Nou (Barcelona) has been suffering multiple transformation processes recently. The blocks that Ildefons CerdÃ  designed as part of the urban latticework of the Eixample were initially occupied by industries, workshops and eventually isolated residential buildings. Nowadays, most of the constructions have been demolished except those that deserved to be conserved due to their singularity. The gaps between the historic existing buildings have been refilled with new residential areas, hotels, offices and equipments.

The project in 22@ presents a fragmented building with vertical voids between the volumes. The spatial complexity is broken in a middle point between the main streets and a transversal axe generates all vertical accesses with stairs, elevators and vertical installations with pipes and metallic ducts.


Each one of the six entities of the building is composed by multiple bracings with diagonals or steel crosses which make it stable on its own. The perimeter is defined by three main faÃ§ades: a faÃ§ade to the street, with two non-conventional pillars, shaped one by one with four thick sheets of iron; a conventional faÃ§ade with intermediate pillars and a faÃ§ade to the pedestrian passage where the structure hangs out from the superior floor in order to leave free the ground level for pedestrian use.Finally, the higher building exhibits a trapezoidal cantilever on the two upper floors as if it was trying to cover the neighbour building. 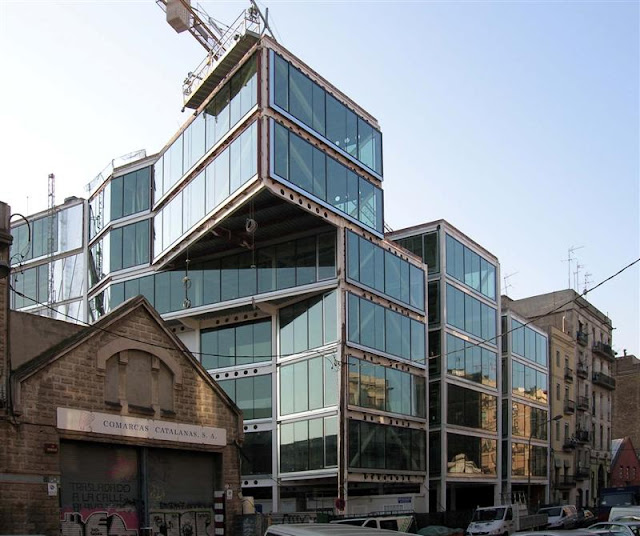 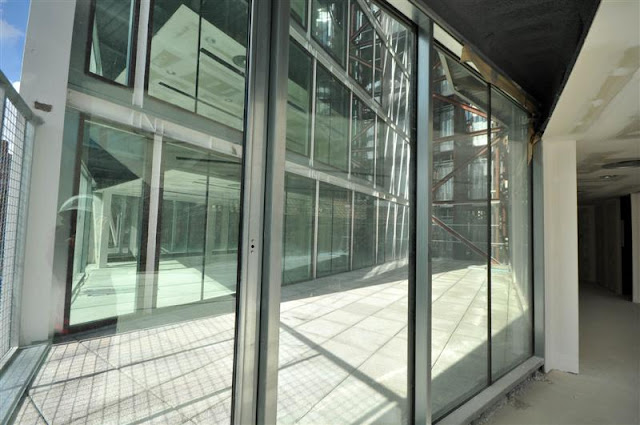 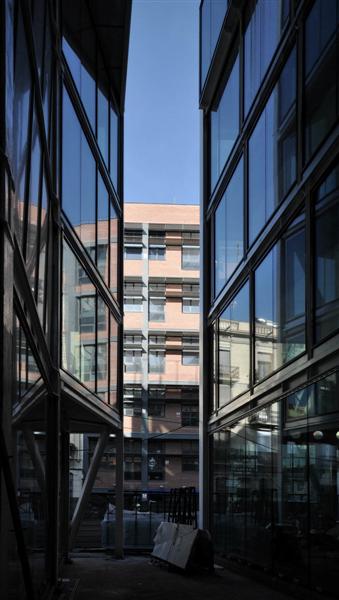 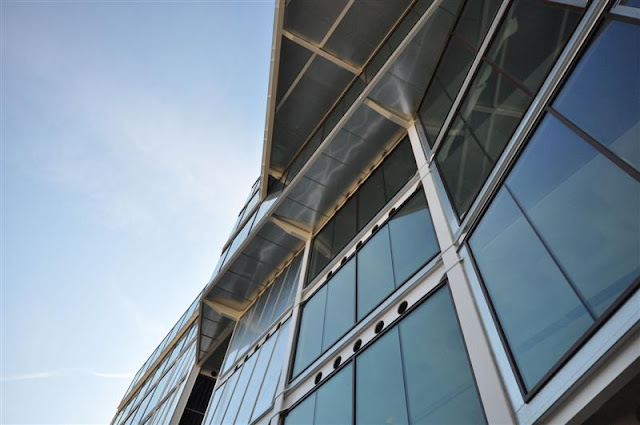 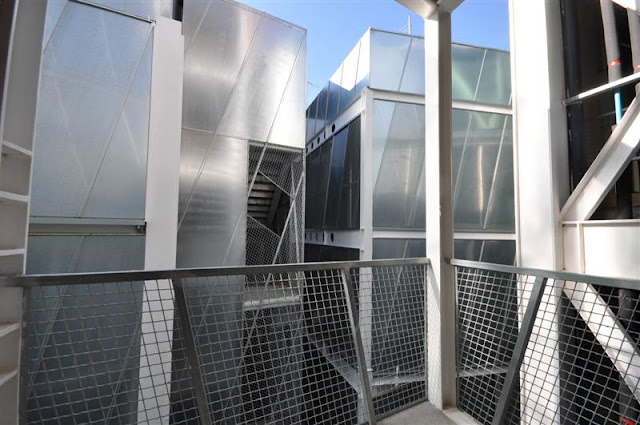 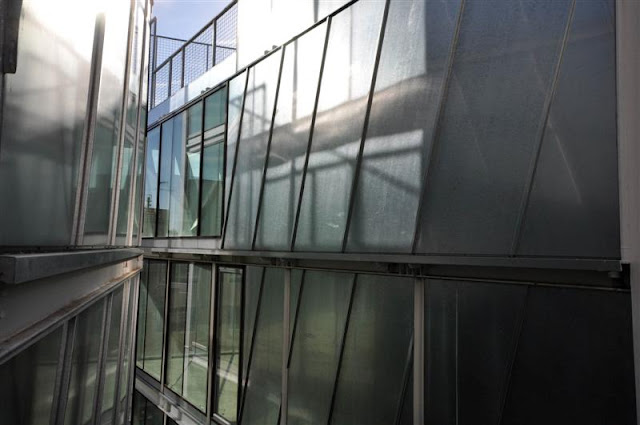 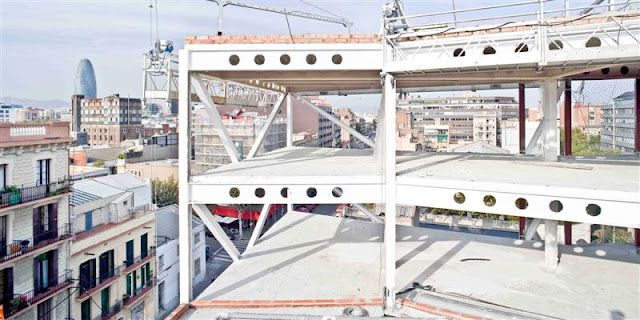 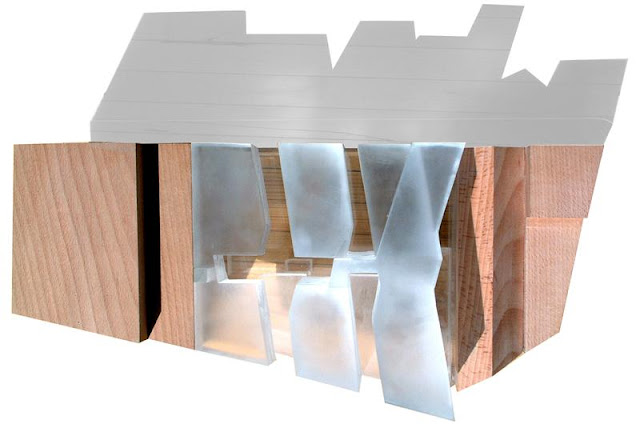