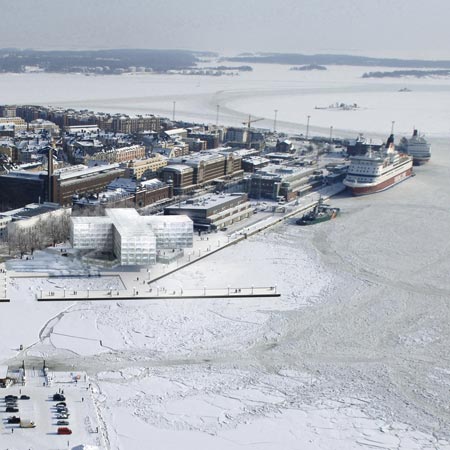 Helsinki’s greatest natural asset is its water. It is the reason for the city’s location and has sustained its economy. The picturesque waterfront remains a favorite natural place to walk and relax.
Another specific feature of Helsinki is its historic center. It contains the city’s famous monuments and remains the most popular urban destination for residents and visitors. The regular street grid of the center was the great modern feature of the 19th century city and still defines its character and growth.

The Helsinki Waterfront Hotel combines these strong assets to form a new prominent destination. Located at the edge of Katajanokka and the city center, at the point where the Esplanadi opens onto the South Harbour, the new building continues the central public space further along the waterfront. Standing at the water, in a reflective glass wrap, the new hotel belongs to the city center and the harbour water alike.
The form of the building is a direct response to the classicist grid and at the same time an efficient translation of the program: a 5 star hotel with 200 guest rooms. A cross layout on the ground level contains the four main public parts and services. A second cross, hovering above, accommodates the guest units. The cross on the ground is oriented to the local street grid and harbour bank at Katajanokka, relating the hotel to its neighbours on the street level.
The hovering cross above is rotated to the grid of the historic city, bringing the strong features of the center to the peninsula. The different orientations of the two crosses create a dynamic presence: they anchor the building to its site and, at the same time, detach it from its immediate surroundings, linking it to the city center.
The area around the hotel is transformed by reclaiming back water. The proposed pool continues the necklace of basins where the city center meets the South Harbour. A new pier extends the walk from the Esplanadi deep into the harbour, allowing a spectacular view from the water back to the historic city. 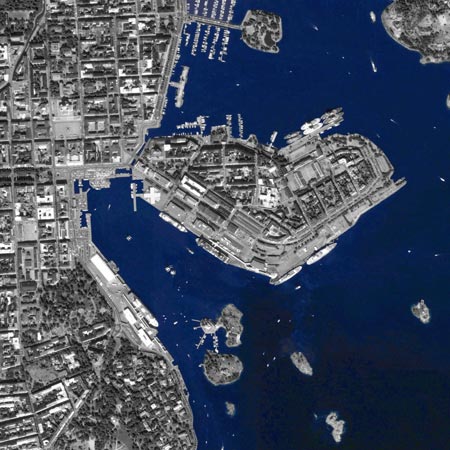 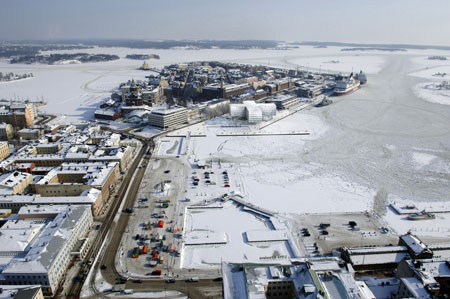 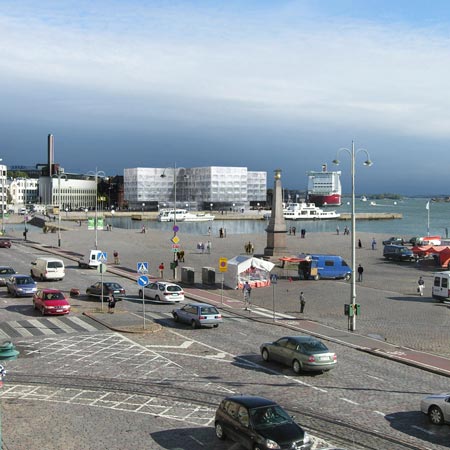 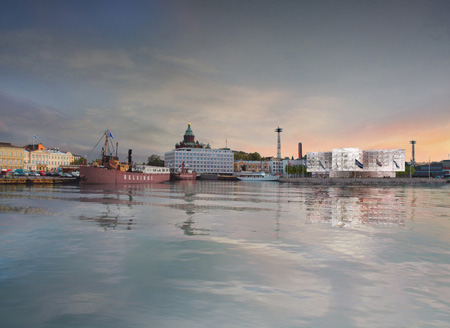